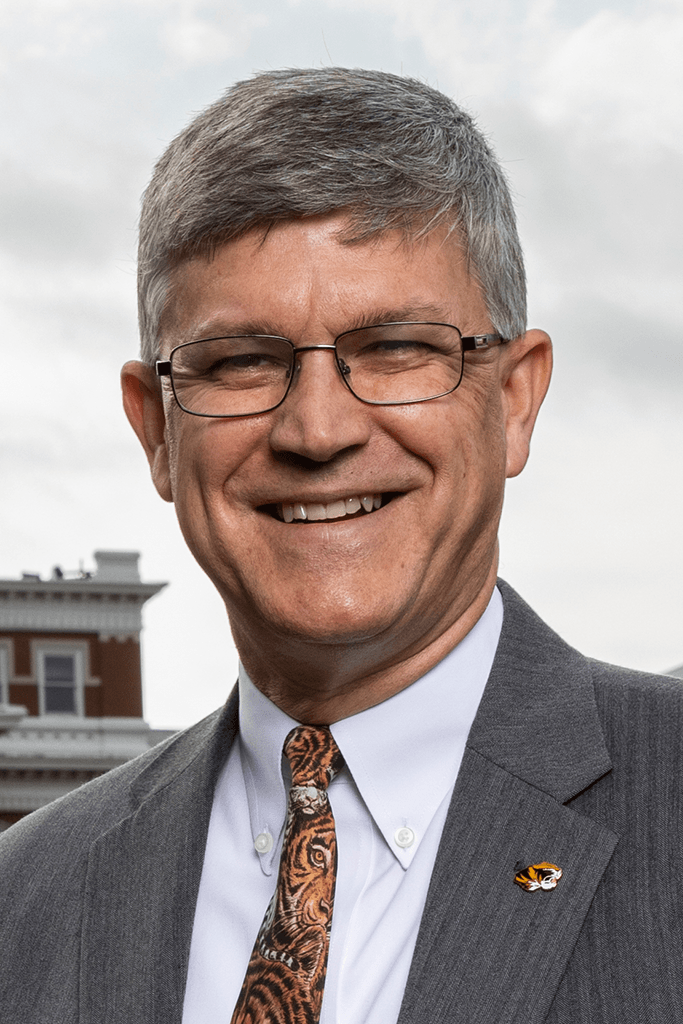 Dr. Jim Spain earned a BS in Animal Sciences from North Carolina State University and completed his Master of Science and Doctorate in Dairy Science with an emphasis in dairy cattle nutrition at Virginia Tech.  He joined the University of Missouri as Extension Dairy Specialist in 1990. He has given 300+ invited talks on dairy cattle nutrition/management (MO, 35 states, 12 countries). He has been Principal or Co-investigator on grants of 6.5 Million dollars. He has co-authored 26 peer reviewed articles, two book chapters and numerous abstracts, trade and extension publications.  .  Spain co-edited a book on teaching, The Pursuit of Teaching Excellence.  He was honored for teaching/advising with MU’s top honors: Kemper Fellowship; Missouri Governor’s Award for Teaching Excellence; MU’s Excellence in Advising Award.

In August 2007, he began serving as the MU’s Vice Provost for Undergraduate Studies – a position he describes as MU’s “advocate for undergraduate teaching and learning”.  In December 2010, he was named Vice Provost for eLearning and led MU’s distance education program (Mizzou Online) through September 2019, including a reorganization that was launched in 2010.  In February 2020, Spain was named a 2020 Ingram’s Icon of Education by Ingram’s Magazine.